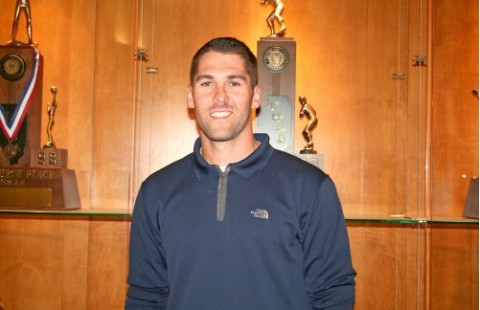 Cangelosi Baseball powered by Bo Jackson’s Elite Sports proudly announces the addition of Ryan Quigley as Director of Throwing Development. Our initiative has always been to provide answers and solutions to the questions of the baseball community that we serve. Arm care has been a hot topic in the baseball industry. The addition of Ryan Quigley will help us integrate arm care, velocity training and throwing mechanics into all of our programs and travel baseball training, including the Cave Velocity program. After an exhaustive search, we are extremely pleased that someone of Ryan’s background will be setting the curriculum for players who seek these answers.

Ryan’s personal experience with injury is what ignited his passion for training players to throw correctly and maximize their potential. After undergoing Tommy John surgery in the fall of 2008, he made a decision to give professional baseball another pursuit. Upon returning in 2009, his velocity ranged from 88-92 mph. He began to experiment with alternative off-season throwing and arm strength programs. The results of this training were an eye-opening experience for Ryan. His velocity on average increased 5 mph up to 97, and he developed an arm action that rarely ever produced soreness or fatigue. Since then, Ryan’s directive has been to continue to learn and share this information with people who are looking to achieve the same results. His motives and goals are in-line with ours entirely and we cannot be happier with the latest addition to the Cangelosi Baseball team.

Quigley brings a wealth of experience and knowledge to our staff. His playing career includes six years of professional baseball with the Padres, Nationals and Diamondbacks. In 2012, he led the California League in strikeouts as a reliever.

Prior to professional baseball, Ryan starred at Joliet Catholic Academy, and went on to star at Saint Xavier University, where he accumulated many accolades, including NAIA Region VII Pitcher of the Year, and twice earning NAIA honorable-mention All-American. Ryan finished his career at Saint Xavier second all-time in wins, strikeouts, and innings pitched.

He went on to earn his Masters degree from St. Xavier while serving as the team’s graduate assistant baseball coach.  Ryan also worked as an area scout for the Prep Baseball Report and is now the Director of Admissions and Varsity Pitching coach at Joliet Catholic Academy.

Ryan resides in Shorewood, IL with his wife Lindsey and their son John Patrick.