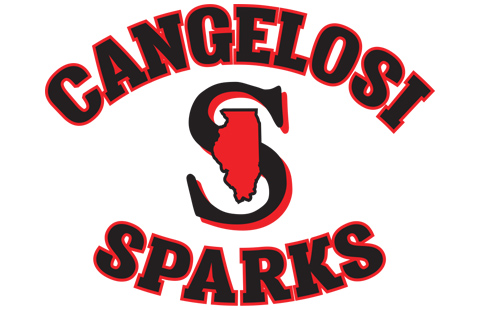 The Cangelosi Sparks organization has grown significantly since the merger of Illinois Sparks and Cangelosi Baseball in 2016. The goal of the Youth Division is to capture as many competitive 8-14u players and to train and develop them in preparation for the high school division. Our High School Division continues to build on the many successes of the Sparks organization, and we feel this is due to high-level off-season training, an experienced staff, and a culture filled with competitive players all fighting to be on top teams. This model has challenged players to elevate their game and separate themselves from players at their age level. How bad does a player really want it? And is he willing to put in the work it takes to be an impact player at the next level?

With organizational growth comes added leadership. As an organization, no different than the expectations we have for our players, we too are always looking to get better. We are excited to announce the following new roles which will help us provide the highest-level experience for our players and families; Director of Youth Travel Baseball & Programming, Director of Pitching, and HS Pitching Coordinator. Futhermore, we are adding 4 additional College Recruitment Coordinators to ensure personalized attention to each high school player’s college recruitment process.

Rick Balcaitis
Rick will be joining our staff as the Director of Youth Travel Baseball & Programming. His roles will include: management of the 8-14u Sparks Division, oversight and management of our player development programming, and assistance with collecting and tracking data on Sparks players.

Rick brings 15+ years of baseball experience at both the youth and high school levels, most recently as a coach with our Cangelosi Sparks 2021 Black team.  Over the past five years, Rick has played an important role in the training and development of our athletes, including working with athletes as young as 3 years old through the most elite players at our high school level.  During Rick’s time in the game, he’s cultivated a unique ability to organize, communicate and manage people.

Rick grew up in Homer Glen, IL and attended Lockport High School, where he was a 3-sport athlete. He went on to play collegiately at Illinois Wesleyan University (baseball 4 yrs & football 2 yrs) where he earned his degree in Sociology. He then went on to earn a Master’s Degree in Athletic Training from Illinois State. Rick worked the past 24 years at the legendary, family owned Cupid Candies in outside sales and management.

Tim Byrdak
Tim will be taking on the role of Director of Pitching for the Cangelosi Sparks organization. Tim’s responsibilities will be to oversee the Sparks Youth Division pitching development, off-season training, bullpens, monitoring arm care and usage, and the mental side of pitching. Tim will be influential and impactful on all of our youth teams throughout the season. As well as his youth pitching responsibilities, Tim will also be tasked with the design and implementation of our High School Pitching Program. This will include a throwing program, plyoballs, wrist weights, Rapsodo (to come), PFP and bullpen work. Tim will lead this group along with Billy Copp and the rest of our pitching instructors.  Lastly, Tim will also be responsible for helping players with the college recruiting process as a College Recruitment Coordinator.

Tim was drafted as a LHP out of Rice University in 1994 by the Kansas City Royals. Byrdak played 12 years in Major League Baseball with 5 different teams. Upon retirement in 2014, Tim began giving pitching lessons at the dome. He is also the Varsity Pitching coach at Providence Catholic High School.

Billy Copp
Billy has been named the Sparks High School Pitching Coordinator within the organization. Alongside Tim Byrdak, Billy will be instrumental in the development of our high school pitchers preparing them to compete at the highest level. Billy will also be responsible for helping players with the college recruiting process as a College Recruitment Coordinator.

Coach Billy Copp has been involved as a coach in the Sparks organization since 2008. He has coached TJ McFarland, Mike Foltynewicz, Tony Zych, Casey Crosby, and Kyle Funkhouser, all of whom have MLB time. Billy is also the Varsity Pitching Coach at Brother Rice High School. Copp is a 1982 graduate of Aurora Central Catholic and a 1986 graduate of Iowa State University. He was drafted in 1986 in the 7th round by the Pittsburgh Pirates.

JT Scara & Garrick Pranchke
JT and Garrick will be taking on the roles of College Recruiting Coordinators for the Sparks organization. They will share responsibilities with Tyler Thompson, Tom Knapczyk, Tim Byrdak and Billy Copp in the effort to help our players navigate the recruiting process.

After playing and graduating from Grand Valley State, Garrick has been coaching travel baseball and giving private hitting instruction since 1995. He’s been a head coach in the Sparks HS division since 2011 and also the varsity hitting coach for Providence Catholic High School (2014-2016 State Champs).